In 1963, Gaikowski moved from South Dakota to San Francisco, Cal., living on Parnassus Ave. and working downtown at the Daily Commercial News, a financial newspaper.

By December 1964, Gaikowski was living and working in Martinez, Cal., about 45 minutes from San Francisco. His home address was 1250 Escobar St., which was located less than five miles directly south of the Zodiac's first eventual murders. (See image below.)

During that time, Gaikowski worked as managing editor for the local newspaper in Martinez, the News-Gazette. The News-Gazette was owned by the same company that also owned the much larger Vallejo Times-Herald newspaper, which was headquartered less than 10 miles from Martinez. Weekly editorial meetings for both the Martinez and Vallejo newspapers were held in Vallejo at the Times-Herald building. 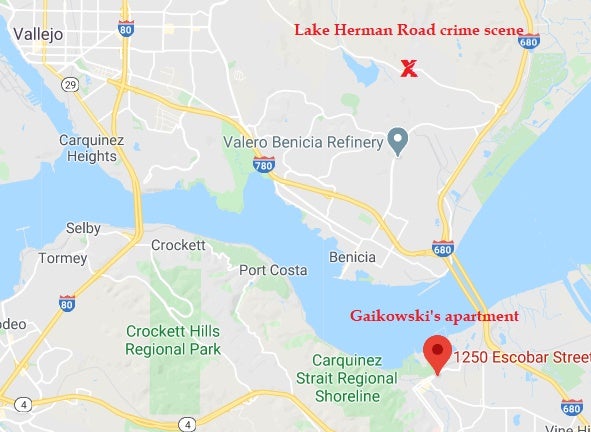